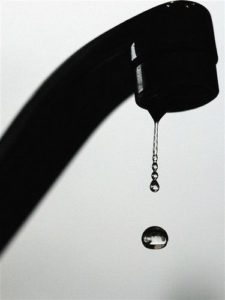 Everybody knows that a small drip from a leaking tap can be the most annoying sound in the world. You are watching a movie and every 10, 20 or 30 or so seconds you hear this drop of water smashing against the bottom of your sink. And once you notice the sound, that’s is. You can’t not hear the drip anymore. There is a reason that dripping water is used to torture people. And so if this is what you are dealing with at the moment, give us a call and we will fix your tap once and for all.

First of all, what causes a tap to start leaking? If the tap has a separate hot and cold water handle, called a double handle tap, then in most cases the culprit will be the washer. You would probably be able to figure out which of the two washers is causing the leak (the one in the hot or the cold handle), but a professional licensed plumber from Prime Plumbing & Gasfitting will never replace just one washer. Washers have a certain life-span and as soon as one washer wears out the other one is often not far behind. If you have seen your plumber change over just one of your tap’s washers you know you are not only in need of a new washer soon, but a new plumber as well. The experts at Prime Plumbing & Gasfitting are here to help.

Other causes include a broken or worn O-ring and a damaged valve seat. All of which can easily be fixed by our specialised Us.

Single-lever or mixer taps have, besides a washer, a cartridge in the base of the lever. When a drip is coming from the nozzle of a single-lever tap it will be either the washer or the cartridge that needs replacing. The easiest way to figure out which of the two needs to be swapped over for a new one is to contact Prime Plumbing & Gasfitting. It will not only save you money, but a lot of unnecessary hassle too.

Each state has different legislating when it comes to performing plumbing around the house yourself. Check your states regulations first before you start, you might risk a fine. Attempting to replace parts of your tap yourself might lead to more damage than it is worth. Floods and other losses caused by any DYI plumbing related damages might not be covered by insurance. Phoning Prime Plumbing and Gasfitting is much cheaper and easier.